The ozone produced by the small ozone generator is an allotrope of oxygen, which is usually a colorless gas at room temperature. When its concentration is high, the gas is light blue. Ozone mainly exists in the ozone layer in the lower stratosphere 20km away from the earth's surface, with a content of about 50ppm. It absorbs short-wave ultraviolet rays harmful to the human body and prevents it from reaching the earth, so as to shield the earth's surface organisms from ultraviolet damage.

The molecular structure of ozone is unstable at normal temperature and pressure, and it quickly decomposes into oxygen and single oxygen atoms; the latter has strong activity and has a strong oxidizing effect on bacteria, killing them, and the remaining oxygen atoms It will recombine into ordinary oxygen atoms by itself without any toxic residues, so it is called pollution-free disinfectant. It not only has a strong killing effect on various bacteria (including hepatitis virus, E. coli, Pseudomonas aeruginosa and other bacteria). It can be used for killing and it is also very effective for killing mycin.

The sterilization process of the small ozone machine is a biochemical oxidation reaction. There are three main methods for ozone sterilization:

1. Ozone oxidation decomposes glucose oxidase, which is necessary for oxidizing glucose inside the bacteria, inactivating the bacteria.

2. It can directly interact with bacteria and viruses, damage their organelles and ribonucleic acid, decompose DNA, RNA, protein, lipids and polysaccharides and other macromolecular polymers, so that the bacteria's material metabolism and reproduction process are damaged.

Throughout the principle of aseptic technology on microorganisms, it can be divided into three types: bacteriostasis, sterilization and bacteriolysis. The use of ozone as a fungicide in a small ozone machine is attributed to the so-called bacteriolysis, which can achieve the effect of thoroughly and permanently eliminating all microorganisms on the surface of the object. 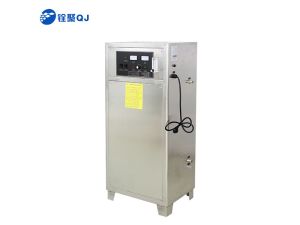 下一条: Talking about the main points of using ozone generator