After a lot of on-site comparisons, ozone effectively curbed the occurrence of poultry plagues, ensured the survival rate of poultry and promoted healthy growth. The breeders are very satisfied with significant economic and social benefits. Broiler chickens generally have a cycle of 50 days. After using the ozone technology, they can die a week earlier and die almost without illness. The chickens grow particularly energetic; the laying hens can maintain a stable egg production rate, and it is found from the comparison that there is a big difference improve.

The modern factory farming of poultry, especially the production of chickens, has entered a transitional period, that is, from the general development to the stage of improving production efficiency and product quality. The conventional skills during the transition period have exposed obvious weaknesses. As far as the key methods of preventing plague and disease in chicken production are concerned, it is necessary to find new breakthroughs in skills in order to improve production efficiency and product quality.

In the routine breeding process, only antibiotics and injections are constantly being given to the chickens. These methods seem understandable, but they ignore the sterilization, disinfection, and purification of the air in the farm all the time during the breeding process. And make dwarfism contaminated by bacteria and viruses. Excessive use of chemicals will impair the calcium absorption function of laying hens. The calcium absorption function of laying hens is temporarily impaired, even if calcium-containing feed is added, there is little effect, and soft-shell eggs are inevitably produced. It is difficult to avoid the loss caused by the plague disease if antibiotics and other drugs are not fed to the chickens during the production process. The antibiotics and other drugs have also affected the product quality, which is truly a dilemma.

Small ozone machineFilled into the breeding shed, it mainly reacts with the odor emitted by the poultry excrement to remove the odor. When the odor is removed to a certain degree and the smell of ozone is slightly smelled, the E. coli, staphylococcus and Newcastle plague in the space in the shed Viruses such as chicken, cholera, and avian flu are basically eliminated. In addition, the amine gas emitted by poultry excrement must not be ignored. Poultry can be damaged by toxic gases such as sulfur oxide generated by direct use of coal stoves in the breeding sheds in winter. eliminate. However, after using the ozone skill, the purification effect is effectively achieved, and entering the breeding shed using the ozone skill intuitively makes people feel that the air is obviously fresher.

Use ozone to disinfect and purify the air in the breeding farm, and use ozone to brew ozone water for poultry drinking. It is also an important link. Poultry drinking ozone water can change the micro-ecological environment of poultry intestines. Ozone in the poultry intestines reduces the number of bacteria that feed on the host and reduces the consumption of host nutrients. It also enhances the activity of the powdery enzyme that is effectively excreted. It improves the utilization rate of food nutrients for poultry, especially young poultry, and adds nutrient supply for young poultry to promote healthy growth of poultry. Allowing poultry to drink ozone water has relatively changed the resistance of poultry, which can effectively prevent intestinal diseases such as pullorum in chickens. The half-life of ozone in water is about 20 minutes, and it is better to drink while preparing. . But ozone will differentiate chemical drugs. The medicine supply and the ozone water supply should be separated and more advanced. 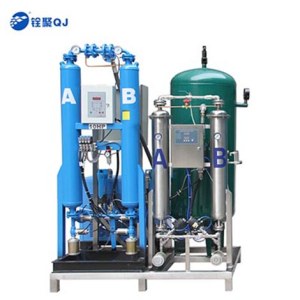 下一条: The role of large ozone disinfection machine in breeding