The separated air of the industrial oxygen generator is mainly composed of two adsorption towers filled with sieve. Under normal temperature conditions, the compressed air is filtered, dewatered and dried, and then enters the adsorption tower. The industrial oxygen generator is adsorbing The nitrogen in the air in the tower is adsorbed by the molecular sieve, and the oxygen is enriched in the gas phase, and it flows out from the outlet and is stored in the oxygen buffer tank. The molecular sieve that has been adsorbed in the other tower is rapidly depressurized, and the decompression is resolved. The adsorbed components are alternately circulated in two towers to obtain cheap oxygen with a purity of ≥90%. The automatic valve switching of the entire system is automatically controlled by a computer. 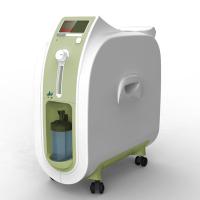 Previous: What are the technical characteristics of the industrial oxygen generator?