What are the technical characteristics of the industrial oxygen generator?
- 2020-04-05- 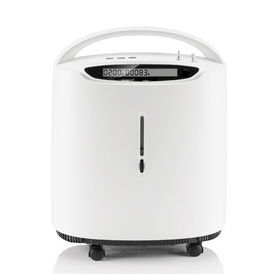 The characteristic of industrial oxygen concentrators is that oxygen inhalation directly increases the oxygen content of arterial blood, instead of acting on a certain part of the body to indirectly improve hypoxia. Industrial oxygen concentrators are only increasing the oxygen that the body has been continuously taking in. There are no substances that are unfamiliar to the body, need to be adapted, and need to be resolved. Therefore, industrial oxygen generators only improve rather than change the body's natural physiological state and biochemical environment. Low-flow oxygen therapy and oxygen health care do not require special guidance. The effect is fast and certainly beneficial and harmless. Oxygen therapy has the effect of alleviating the symptoms of hypoxia in time, but it has only a partial and gradual effect on eliminating the causes of hypoxia. Oxygen therapy is the main method for correcting physiological hypoxia and environmental hypoxia and preventing diseases caused by environmental hypoxia. For correcting pathological hypoxia, oxygen therapy is an important auxiliary means. For emergency rescue, oxygen therapy is one of the important means.

Previous: According to what principles are different types of public space aerator accessories designed and manufactured?